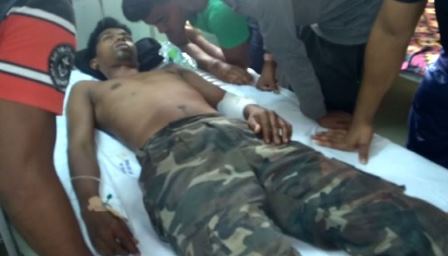 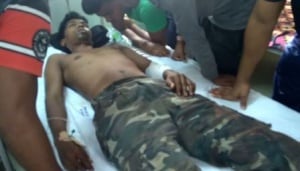 Baliguda: One Special Operations Group (SOG) jawan was martyred and six others were critically injured in a Maoist attack at Khamankhol under Baliguda sub-division in Kandhamal district late on Sunday night.

Around 30 Maoists attacked the security personnel while they were returning after combing operations in the area. As many as 48 jawans were returning in 8 vehicles.

An exchange of fire took place during which SOG jawan Laxmikant Jani of Kalahandi district was martyred.

The injured SOG personnel were initially admitted to Baliguda hospital and then shifted to the District Headquarters Hospital.  Later four of them were shifted to MKCG Medical College and Hospital in Berhampur as their condition deteriorated.

According to Kandhamal SP Pinaki Mishra, search operations are on in the area.