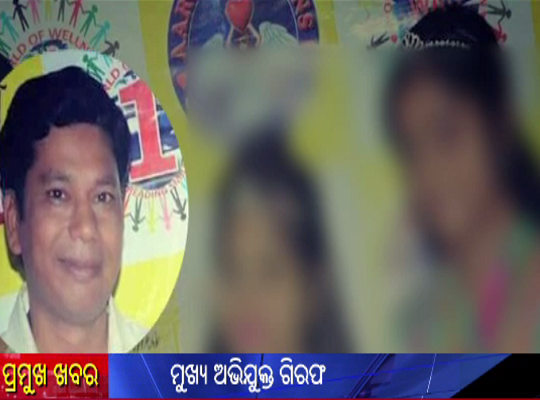 Bhubaneswar, Mar 28: The Crime Branch (CB) on Tuesday arrested the main accused in the posting of obscene remarks against the students of Rama Devi Women’s University on Facebook.
According to Crime Branch special DG BK Sharma, the Crime Branch arrested owner of Aarohi Creations Sujit Sahu from Mahanga in Cuttack district early this morning.
Chief Minister Naveen Patnaik also posted the information in his twitter account.
“Prime accused Sujit Sahu in the cyber crime case arrested last night. Hope this serves as a strong deterrent & such acts are not repeated,” Patnaik twitted.
Sources said, the CB will produce Sahu in the court later in the day and likely to bring him on remand for further investigation.
The accused had visited the varsity a few days back under the garb of conducting a display picture completion among the students. Later, pictures of several students of the varsity were posted on the Facebook page with objectionable caption “sex contest”.
After knowing that their photographs were posted on the Facebook of the Aarohi Creations with objectionable comments, the students had filed an FIR at Saheed Nagar police station on Saturday.
Demanding exemplary action against the accused, students from Saila Bala College, Kamala Nehru College and RD University had met the Chief Minister yesterday in the presence of the Crime Branch Special DG.
Patnaik had directed the Crime Branch to probe into the incident.