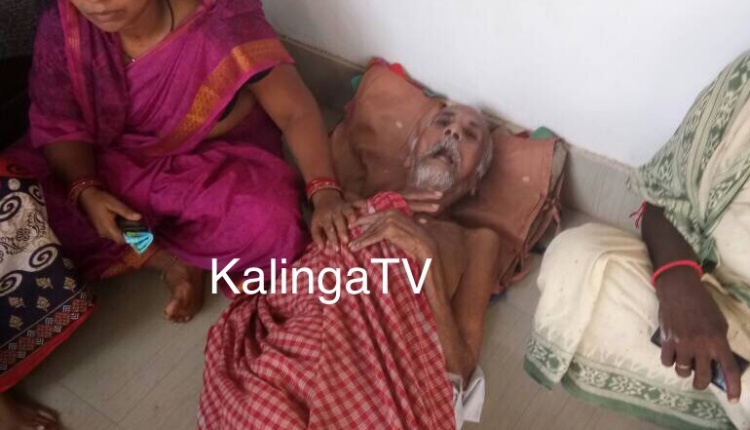 Jagatsinghpur: The Self Help Group (SHG) women have rescued an ailing old man, who was dumped by his both sons in a critical condition. The women have gheraoed the Anantapur Police Station in Jagatsinghpur to seek justice for him.

The 80-year-old Brundaban Maharana was abandoned by his sons at the Batamangala Peeth at Apandara village in Balikuda block of Jagatsinghpur district. The man was suffering from fever and other old age ailments when he was detected by the SHG group.

The cops are yet to take any action on this matter. It’s an irony that even though the government is boasting of many schemes and programmes, old and needy still find themselves at the receiving end.