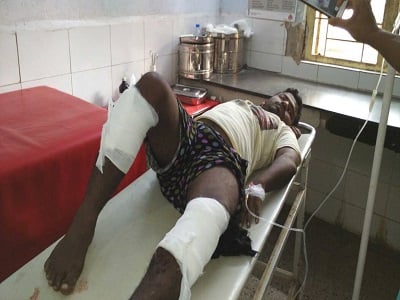 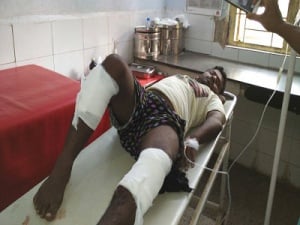 Hardcore criminal Shatrughna Swain was arrested with bullet injuries on his both legs by Ganjam district police after an encounter near Lankagada hills in the district early on Wednesday morning.

Swain along with his two aides fired at the police personnel while the latter tried to arrest them acting on a tip off. Unable to face the fierce retaliation of the cops, the criminals tried to flee from the spot. However, Swain could not as he had received bullet injuries in his legs.

The injured criminal has been admitted to the Bhanjanagar hospital for treatment.

Police seized a pistol, two live bullets and a live bomb from the possession of Swain who has 11 cases against him at different police stations in the district. This is the 22nd encounter that the district police conducted since 2012 to make the district free from the criminals.