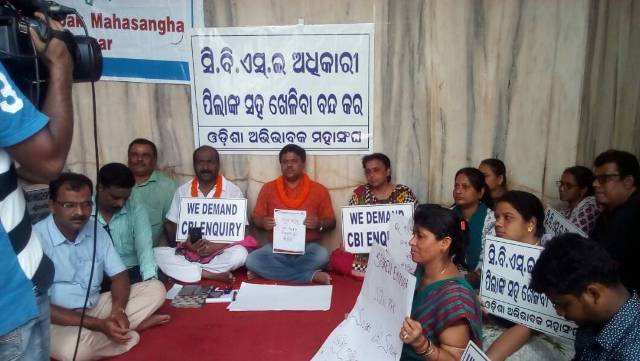 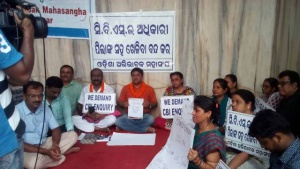 Bhubaneswar: Demanding fulfillment of their five-point charter of demands, hundreds of students who appeared in the annual CBSE Class XII examination this year, along with their parents, launched an indefinite strike here on Wednesday.

The agitating students and their parents launched the indefinite dharna under the leadership of Odisha Abhibhabak Mahasangha in front of the regional CBSE office here and sought speedy resolution of the problem of serious discrepancies in the CBSE Class 12 results. Earlier on Tuesday, many protesters were detained by the police after a student tried to self-immolate over the results row.

Meanwhile, the Orissa High Court is slated to hear a petition filed on the issue today. Seeking re-evaluation of answer papers by experts and appropriate implementation of the moderation policy, many examinees had filed separate petitions in the court. On the other hand, a team of Chhatra Congress met Odisha Governor S C Jamir and apprised him of the matter.

Besides, they demanded rechecking and publication of the results within seven days. The results of several students were found withheld without any reason when the CBSE class 12 board results were published on May 28 after which students and Parents Association launched a series of protests before the CBSE regional office.

Chief Minister Naveen Patnaik had sought intervention of Union HRD Minister Prakash Javdekar into the matter following which two officials from CBSE, New Delhi had discussed the issue with the officials here and had assured to resolve the issue in 15 days. However, there has been no outcome till date.