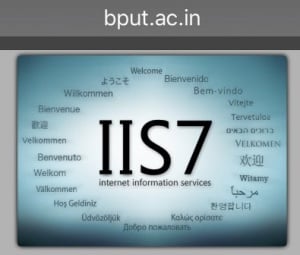 Vice-Chancellor Shyam Sunder Pattnaik has denied the reports of BPUT’s official website being hacked by some unknown hackers, saying it was just a payment dispute between the institution and the website maintenance service provider.

Earlier, the official website of Biju Patnaik University of Technology (BPUT) showed a blank screen with IIS7 on the landing page. No other information about the website was found, fuelling speculation about a possible hacking.

It can be recalled that the website was hacked in January 2016, but the hacker could not be identified.