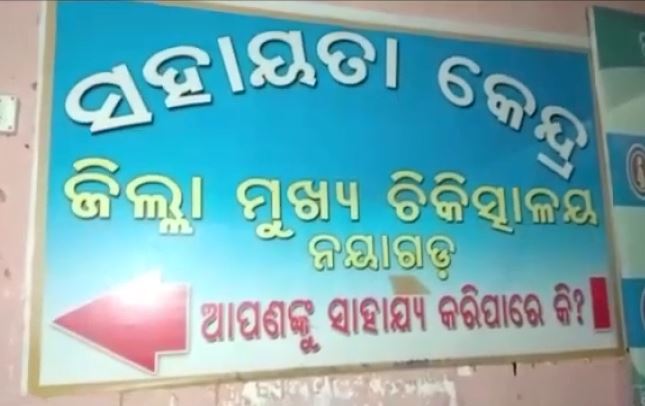 Nayagarh: In a shocking incident, a woman allegedly tried to commit suicide by jumping into a pond after pushing her two minor children into water in Laxmiprasad village under Khandapada police limits in the district last night over family feud.

While the woman identified as Ahalya Khuntia was rescued by some villagers from the pond, one of her seven-year-old daughter drowned to death in the incident.

The woman was later admitted to Nayagarh District Headquarters Hospital (DHH) in critical condition along with her four-year-old son who succumbed under treatment later.

On the other hand the family members of the woman has alleged the hand of her in-laws in the incident and claimed it to be a murder attempt.

“I talked to my sister over phone at around 8.30 AM and then went to sleep but got to know about the mishap at around 9 AM. I couldn’t believe that she had tried to commit suicide. The matter should be investigated properly to find out whether her in-laws have a role in it or not,” said the victim woman’s brother.

Four of a family burnt to death in Odisha

Koffee With Karan 6: Deepika & Alia Bring Down The House With Their Affable Banter