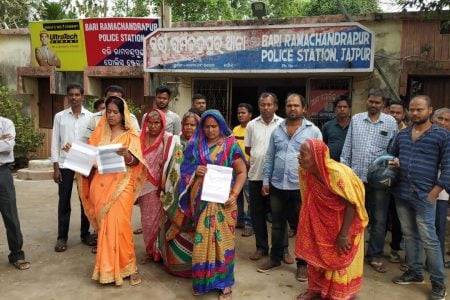 Jajpur: The villagers gheraoed Ramachandrapur Police Station under Bari block of this district in Odisha protesting non-action by Police on Saturday. According to them Police did nothing in a case of kidnap of a minor girl. Although three months have passed in the mean while the girl is yet to be rescued and the accused persons are yet to be nabbed.

As per reports, a minor girl of Mandari village was kidnapped when she was on her way to cuttack. Her family members had lodged an FIR in this matter at Ramachandrapur Police Station. However, Police have yet to do anything in this matter. 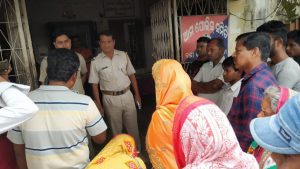 Even the villagers had nabbed the culprits of this crime but Police released them without any action. The villagers have demanded that the kidnapped girl should be immediately   rescued and the accused persons be arrested, lest they would resort to hunger strike.