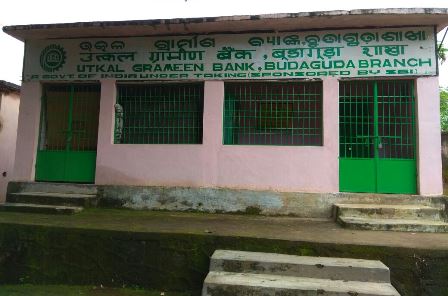 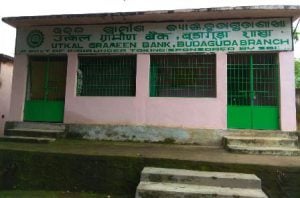 Phulbani: Burglars drilled a hole through the wall of the Utkal Grameen Bank (UGB) branch located at Budaguda in the district Sunday night and looted an unspecified amount of money and other valuables.

The burglary came to the fore after some locals in Budaguda village visited the campus of the gram panchayat office inside which the bank is located this morning on some work and saw a big hole on the walls of the branch. A team of bank officials led by Branch Manager of Budaguda UGB Biranchi Mishra visited the spot after getting an intimation by them and conducted an inspection later in the day.

Talking to media after the inspection, Mishra said while the exact loot amount could be told only after estimation, the modus operandi of the burglar points to the involvement of some locals.

“The way the burglars have disconnected the emergency siren wire, electric connection as well as the internet cables and chosen a perfect point to dig a hole in the wall, one can undoubtedly say that they were acquainted with the branch,” said Mishra.

Police had not reached the spot till this report was filed.