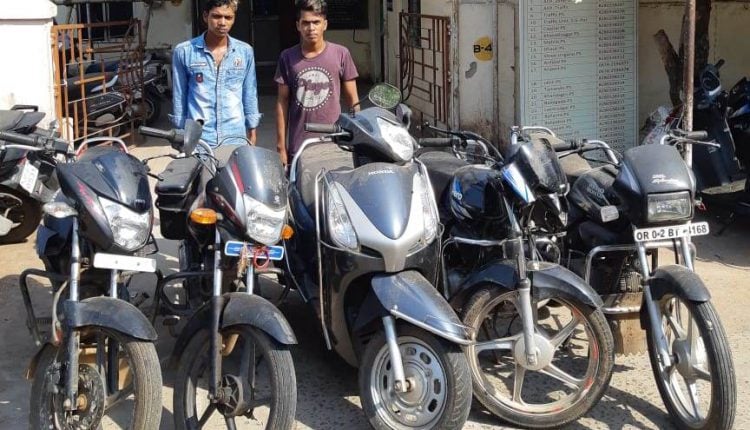 Bhubaneswar: Nayapalli police have arrested two motorcycle lifters and have seized five stolen motorcycles from them, police said today. Police said that they are trying to ascertain whether the accused were part of a motorcycle lifting racket.

Both the accused have been identified as Jitendra Pradhan (19) and M Deba Reddy (19), both residents of Saliasahi slum under Nayapalli police limits.

Police said that both of them were caught during checking of vehicles and could not provide documents of the motorcycle in which they were travelling. The accused also claimed that they had bought the motorcycle from Athagarh in Cuttack district.

“The motorcycle was seized and both of them were detained. Later we found four stolen motorcycles from the houses of the accused,” said the police official.