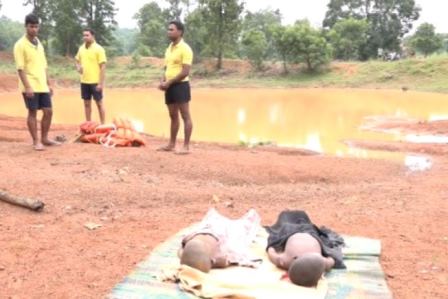 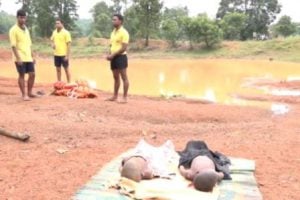 Keonjhar: In a tragic incident, two minors met a watery grave in Brahmanidiha village under Bamebari police limits in the district after slipping into a pond on Wednesday. The duo was returning home from the Anganwadi Kendra when the mishap took place.

The deceased children have been identified as Balma Munda and Dandia Munda of Brahmanadiha village.

According to reports, the duo went to the Anganwadi Kendra located in the village in the morning on Wednesday. When they did not return home till the evening, their parents, who work as daily wagers in the village, called up police after failing to trace their children after a frantic search.

While police detained one person from the village on suspicion of involvement in the case, the dead bodies of the children were spotted floating in a village pond today morning. The bodies were fished out of the pond with the help of the fire brigade.

It is suspected that the children might have slipped into the pond while playing on their way back home on the day of the incident.

A pal of gloom descended on the village following the incident.