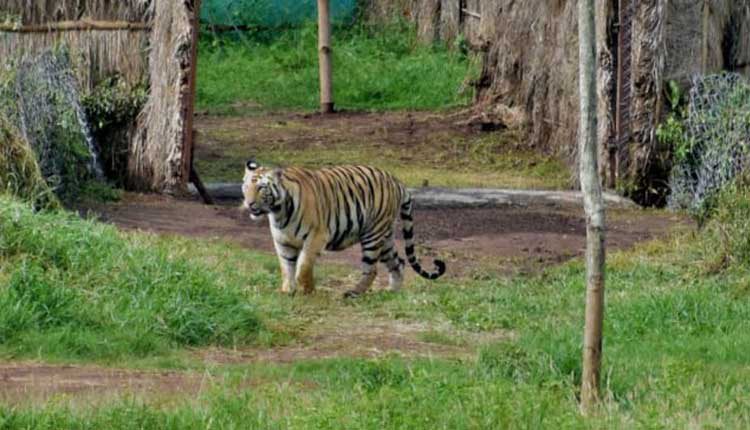 Angul: Tigress ‘Sundari’ will finally return to its home state Madhya Pradesh from Odisha. A special team from  Kanha National Park in Madhya Pradesh will reach in  a special vehicle to take back the tigress.

The team comprises of a veterinary, an assistant director, and 5 to 6 auxiliary staff.

After reaching in Satkosia the team will observe the tigress health condition and whether she is fit for the transportation. If her health condition is stable then she will be translocated to Ghorela Rewilding Centre in Kanha.

Sundari and tiger ‘Mahavir’ were brought to Sakosia Tiger Reserve in Angul district from Bandhavgarh Tiger Reserve in Madhya Pradesh (MP) under the project in June 2018. Mahabir died due to metal snares laid by poachers in the sanctuary in the same month.

Later, Sundari was shifted to an enclosure at Raiguda in the core area of the tiger reserve in September 2018 after it reportedly killed a 45-year-old woman and a 65-year-old man inside the reserve. It triggered an outrage among the locals.