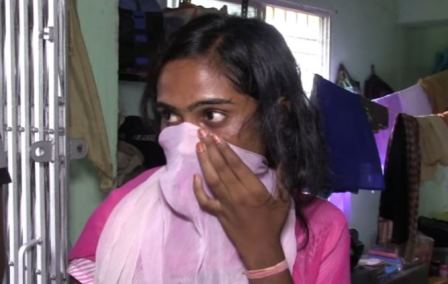 Sambalpur: In an example that reveals the prevailing inequality and class bias in educational institutes of the state, the hair of an ANM girl student was allegedly trimmed by her classmates, who also teased her about her father’s profession, in a private nursing training centre in Sambalpur district on Sunday.

According to reports, some batchmates of a GNM second year student of Koshal ANM and GNM Training School in Naxapali of the district allegedly cropped her hair while she was asleep last night.

The victim also claimed that she was often subjected to discrimination on the basis of her father’s occupation. She alleged that most of her classmates hated her and teased her as her father sales pani puri (gupchup).

“Nobody likes me here. Everybody demoralizes me saying I belong to a third class family. Often they tease me as my father sells gup chup. They trimmed my hair and inked my face while I was asleep yesterday night,” complained the victim.

“They have also torn some of my dresses,” she added saying she is clueless about her tormentors.

The victim’s family members also backed her allegation and lodged a police complaint alleging that the principal of the institute refused to meet them.

“My sister is facing mental trauma here. They have cropped her hair and torn her clothes. She informed us about the matter and cried a lot. After coming here, we wanted to meet the principal, but he avoided us. We then lodged a police complaint,” said the  brother of the victim.

Acting on the allegation, local police rushed to the spot and started investigation into the matter. The humiliation meted out to the  a girl has been condemned my many intellectuals of the area.