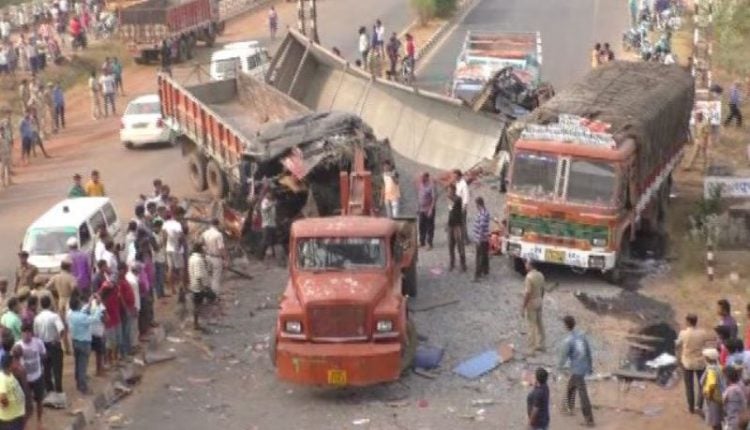 Bhadrak: At least two persons including a Home Guard were killed and an equal number sustained critical injury in a series truck collision which took place on NH-16 near Charampa railway over-bridge in the district on Thursday.

The crash took place while the MVI check by Bhadrak RTO was underway on the Highway and Home Guards had been engaged on intercepting the passing vehicles. Driver of a speeding truck traveling from Cuttack to Balasore first lost control over the wheels, causing his vehicle to mow down a Home Guard and crash. The Home Guard and the driver of the truck  died on the spot.

However, the mishap took shape of a series accident after another three trucks smacked into the crashed vehicle immediately, leaving two more drivers injured.

The injured have been admitted to Bhadrak DHH where their condition remains to be critical.

Tension ran high at the accident site following the accident and vehicular movement was badly affected for at least one hour. The traffic was restored only after Bhadrak SP reached the spot and intervened.