In a rare surgery, SCB doctors of Platic Surgery department have performed a toe-to-hand transplant surgery in Cuttack. 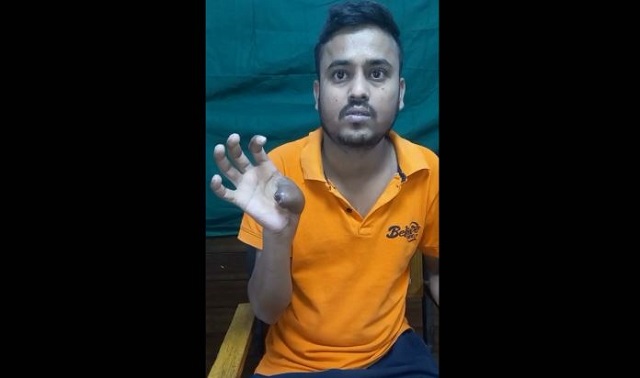 Cuttack: In a rare surgery, SCB doctors of Plastic Surgery department have performed a toe-to-hand transplant surgery in Cuttack.

Sitakant Barik, resident of Bhadrak had lost his thumb finger while he was working. He was facing issues in every work he was doing and his family were worried about the same.

The family members of Sitakanta met Prof Dr Bibhuti Bhusan Nayak, head of the Plastic Surgery department, SCB hospital in Cuttack and discussed about the incident. The doctor suggested for a surgery and informed that one of the toe finger needs to be amputated.Sitakanta agreed for the proposal.

A team led by Dr Bibhuti conducted the surgery and it took them around 8 hours for the successful surgery. The patient was kept under keen observation to check whether the surgery was success or not. Dr Naik also said that such surgery is first in the state.

In this procedure, a thumb and a finger were reconstructed using his toes that were attached to his hand with the restoration of blood circulation in it.

Kangana Ranaut reveals mortgaged all her properties while making ‘Emergency’