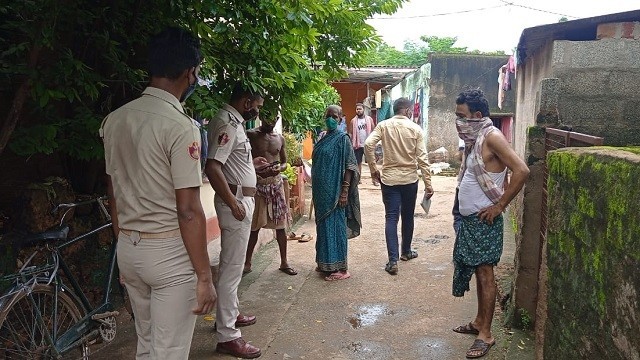 Bhubaneswar: The Commissionerate Police on Saturday issued posters of the youth who was found partially buried in the sands on Kuakhai River bank on the outskirts of Bhubaneswar.

As many as 100 posters of the face and other recovered items of the deceased youth like shirt, trouser, half pant, gold earring and slippers have been pasted by Commissionerate Police in different parts of the State Capital city to find out his identity.

DCP Umashankar Dash said that cops have been visiting different slums of Bhubaneswar and questioning the slum dwellers about the deceased youth by showing them his photo and posters.

Police are yet to ascertain the reason behind the death of the youth even after getting the preliminary autopsy report, added the DCP

He further said that the youth’s viscera has been sent to State Forensic Science Laboratory for examination. 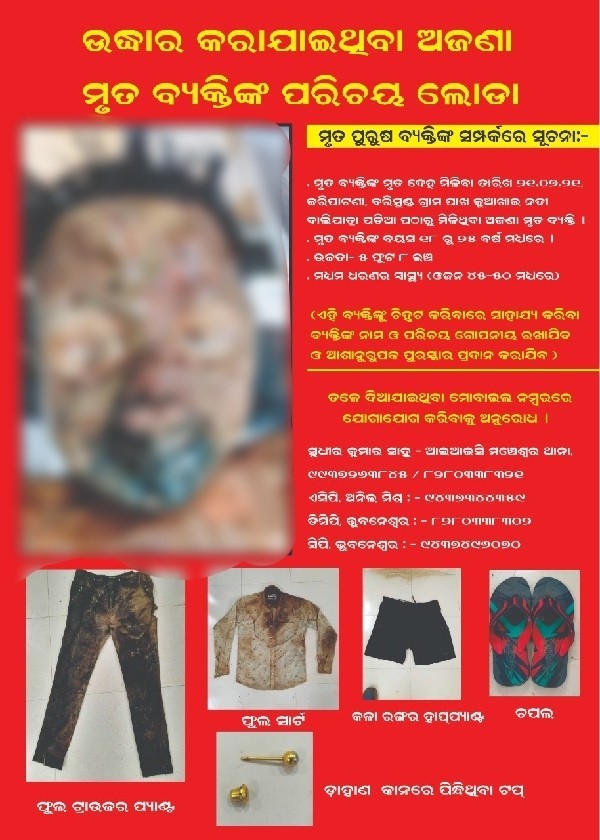 It is to be noted here that the partially-buried body of the unidentified youth was spotted at Balijatra ground under Mancheswar police station limits of the State Capital city on Wednesday (July 21).