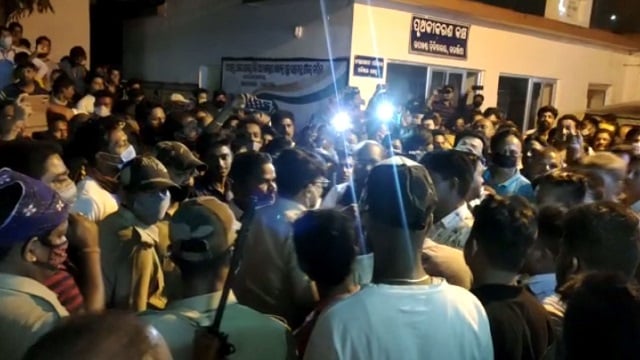 According to reports, tension erupted at Saharpada bypass road after a businessman was allegedly attacked by some police personnel during helmet checking. The businessman reportedly sustained grievous injuries on his head and was admitted to the hospital for treatment.

However, hundreds of locals protesting the alleged police excess gheraoed Karanjia Police Station and demanded action against the cops who attacked the biker.

Taking a serious note of the incident, the SP suspended the OSAP constable and discharged a home guard for their involvement in the case.