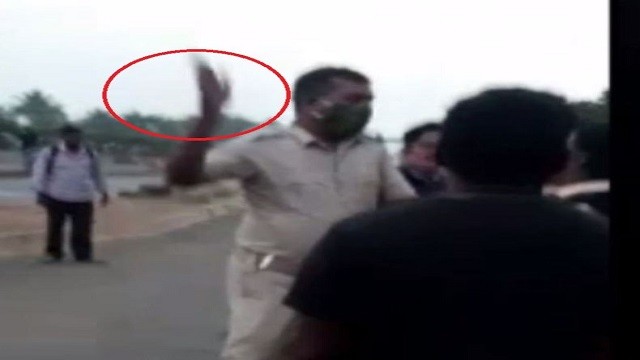 Ganjam: A lot of videos go viral every other day on social media. While some of them are appreciated and loved by the people and some are disliked and eventually gets trolled.

Yet another video from Berhampur city of Ganjam district in Odisha has gone viral. In this a police constable has been spotted thrashing a man while conducting helmet checking.

It is to be noted that the bike rider was caught by the police constable of Bhejiput police station while he was driving without his helmet.

After argument,  the outraged police constable allegedly slapped the bike rider and abused him verbally.

However, the bike rider complained that he has been beaten by the police constable. Later the bike rider was detained and interrogated at the Bhejiput police station.