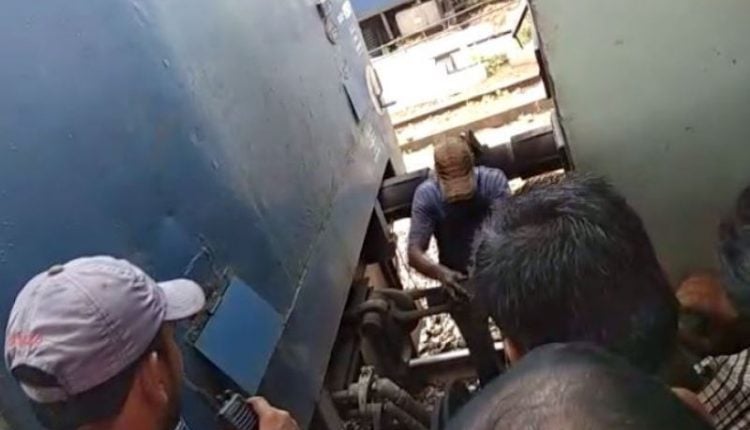 Puri: Passengers went through a harrowing experience while commuting in Puri-Cuttack Passenger train at Puri Railway Station this morning, after its engine rolled down for around five kilometres on the track leaving at least three bogies behind.

The incident took place at around 8 AM in the morning after the Passenger train departed from the railway station. While driving towards Cuttack the driver of the diesel locomotive felt a sudden increase in the speed of it and found three tail-end bogies missing during a check. However, by that time the passengers of the detached bogies had already informed the railway authorities about the discrepancy.

After an order from the Puri Railway Station authorities the train was brought back and reattached to the bogies to start its journey afresh at around 8.28 AM.

The incident relieves a similar case which took place at Titlagarh Railway Station on April 7 this year when at least 22 bogies of Ahmedabad-Puri Express train started rolling down the tracks sans an engine while the engine shunting process was underway. It continued on the downgrade track till Kesinga Railway Station covering around 15 kilometers and slowed down at the Kesinga Station as the upgrade track starts there. Seven railway officials had been suspended in the case at that time.