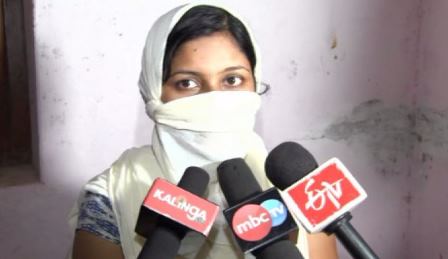 Balangir: A woman teacher of Odisha Adarsha Vidyalaya at Puintala block of the district filed an FIR against the headmaster of the school on Saturday accusing him of mental and sexual harassment.

The lady teacher in her complaint lodged with the Puintala police, said that headmaster Ashok Khatua had been misbehaving and showing lewd gestures with her for the last several months.

“I came here to file a mental and sexual harassment case against our headmaster Ashok Khatua. He tortured me mentally in front of students and other staff. Whenever I visited his office room with any query, he would touch me inappropriately in spite of my resistance. He also used to aks me to cooperate with him,” alleged the lady teacher.

The complainant claimed that she had reported the matter to the higher authorities of the school like state project director, BEO, DEO and Collector, but no action was taken in this regard.

“Initially, I had thought of not filing any police complaint as I had reported the matter to the higher authorities, including the district collector and DEO. However, I was forced to file FIR against the Headmaster as no action was taken against him,” she added.

Speaking about the matter, Puintala police station IIC Jatin Das said that stringent action will be taken against headmaster Ashok Khatua, if he is found guilty.