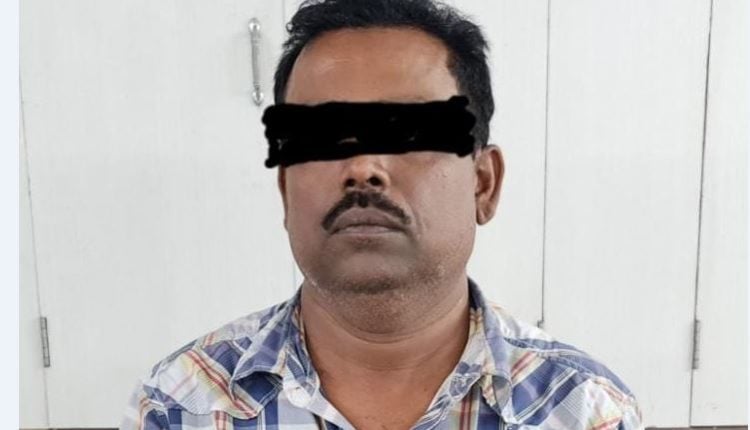 Berhampur: A man was arrested by Badabazar Police in Ganjam district of Odisha on Saturday for fraud of Rs 4 crore. A case has been lodged in this connection against him under sections 419/420/465/467/468/471/34 IPC and he has been arrested.

The accused has been identified as Gupteswar Pattanayak of Ramnagar area, Baidyanathpur in Berhampur of Ganjam.

Reportedly, as per a complaint lodged by one Sudhansu Sekhar Padhy, an electrical contractor, the accused Gupteswar Pattanayak is well known to the then BM of Andhra Bank Neelakantha Nagar Brach (now Union Bank).

In September 2018 the accused helped the complainant to avail a term loan of Rs 10 lakhs mortgaging his landed property in the bank. The accused along with the Branch Manager induced him to avail a housing loan from the Bank. The complainant in good faith put his signature in some blank bank papers.

The accused persons who acted as an agent of the BM utilized the documents available in the Term Loan in disbursal of a fake housing loan of Rs 24 lakhs in the name of the complaint in the month of December 2018.

The fact came to the notice of the complainant in month of August 2019 when he received a notice from the bank.

Like the complainant, about 25 others have been cheated approximately to a tune of Rs 4 cores, Police said.

The investigation of the case is in progress. The accused was arrested today and being forwarded to court.

Tired of air pollution: These portable air purifiers are not only handy but also easy on budget