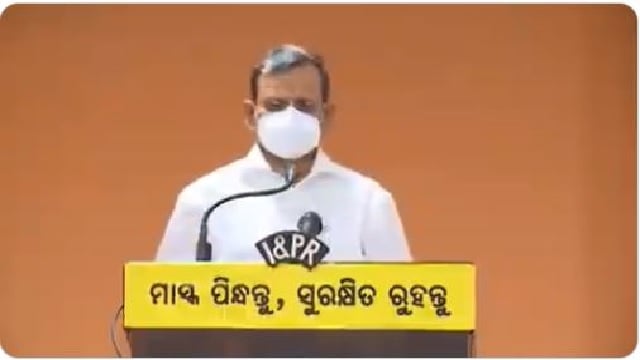 Bhubaneswar: Odisha government on Thursday announced about a lot of measures that will be enforced in the State to check spread of Covid 19 pandemic. Briefing the press chief secretary Suresh Chandra Mahapatra intimated about it as follows.

Briefing the press, the chief secretary said that night curfew had been imposed on 10 Odisha districts bordering Chhattisgarh. The timing of the night curfew in these districts has been changed. The night curfew will be in force from 6 pm to 5 am.

Adding to that, night curfew has been imposed in urban areas of 20 more districts of Odisha to curb the spread of the virus. The Chief Secretary said that the night curfew will come into force in urban areas including Bhubaneswar and Cuttack from 9 pm to 5 am starting from tomorrow.

Weekend Shutdown also returned to the State. Weekend shutdowns to be imposed in urban areas of 10 districts bordering Chhattisgarh and not in other districts.

The Class X and XII exams, that were scheduled to be held in May 2021, have been postponed for the time being.

In theaters, only fifty percent of the audience seat will be booked.

Govt offices across the state will be functional with 50% staff strength. Banks and other financial institutions will also be allowed to function with reduced staff strength. 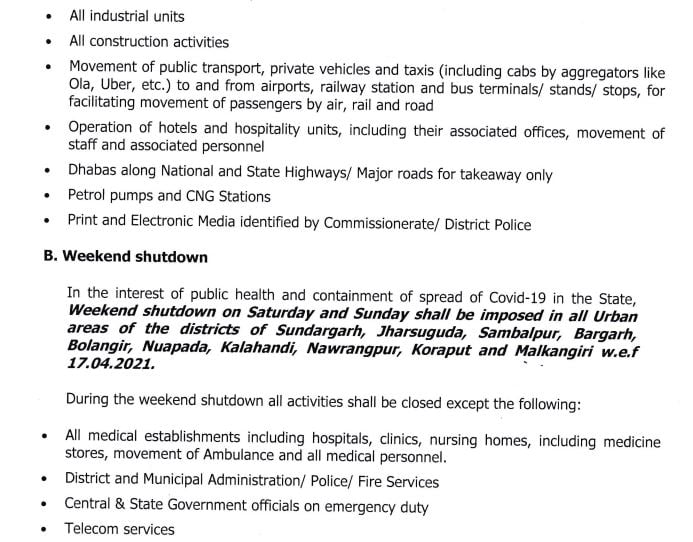 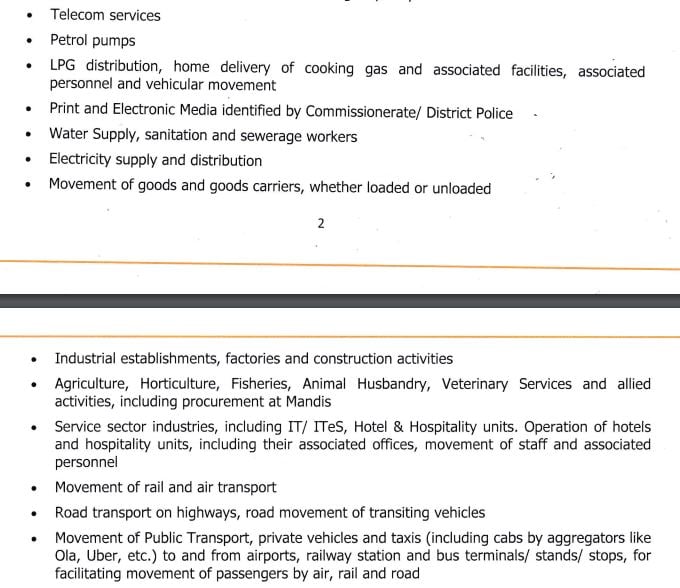 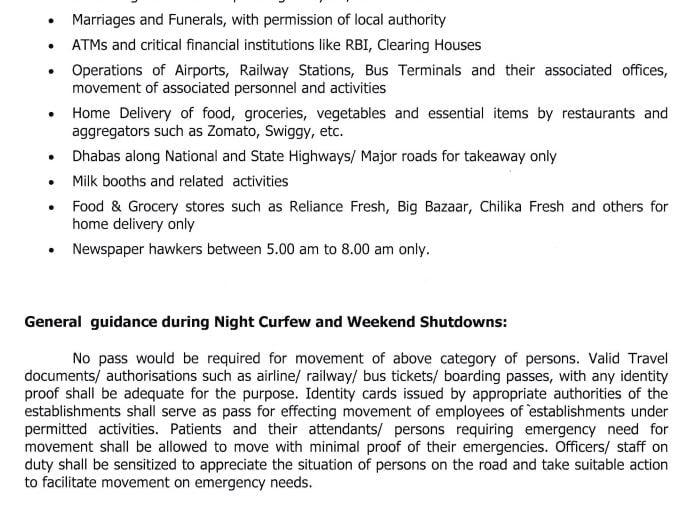