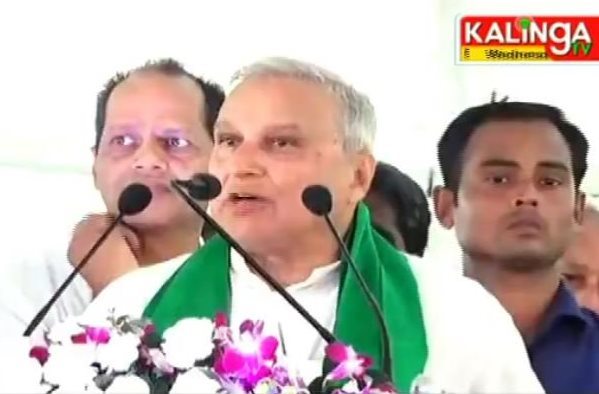 Berhampur: Former Union Minister Chandrasekhar Sahu, along with over 20,000 supporters, joined the ruling Biju Janata Dal (BJD) in the presence of party President and Chief Minister Naveen Patnaik at a ‘Misrana Parba’ here in Ganjam district on Wednesday.

Sahu was the Minister of State for Rural Development during the Congress led UPA Government from 2004 to 2009.

Besides Sahu, former Ganjam DCC President Bhagaban Gantayat , Ex-AICC member Bikram Panda and all eleven Congress Corporators of Berhampur Municipality Corporation who had recently resigned from the grand old party were among others to join the BJD at a special function in the silk city.

Addressing on the occasion, Sahu said, “I took the decision to join BJD for the benefit of people in Ganjam District” adding that he will discharge whatever responsibility assigned to him by BJD supremo Naveen Patnaik.

Berhampur MP Siddhanta Mahapatra, who defeated Sahu in 2009 and 2014 general elections, welcomed his erstwhile rival leader into the party fold.

“I warmly welcome Chandrasekhar Sahu and his supporters in our party. His experience and guidance will certainly help me to serve the people in better ways.” Mahapatra said.

On his part, CM Naveen Patnaik said the inclusion of several congress leaders including Sahu into the BJD will definitely strengthen the party and they will work for the development of the state.

Earlier on the day, more than 20,000 erstwhile Congress workers of Ganjam district took a rally from the Brahmapur Stadium to reach the ‘Misrana Parba’ venue in the city.