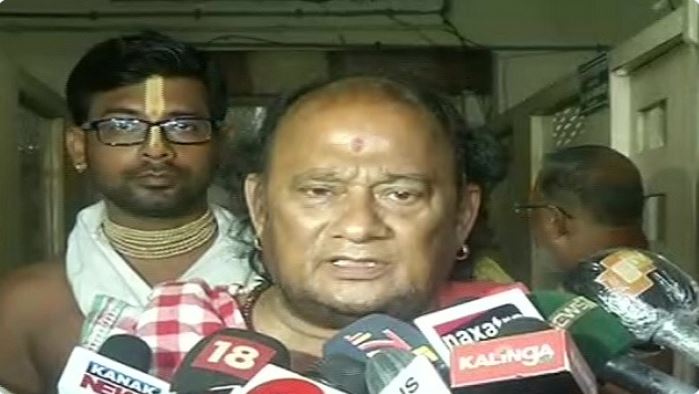 Puri: Senior Sevayat and Daitapati, Premananada Dashmohapatra of Jagannath Temple in Puri has passed away while undergoing treatment in the District Headquarter Hospital (DHH)  in the wee hours of morning today.

He was admitted with health complications late at night yesterday. According to sources the Daitapati complained of uneasiness and was rushed to the hospital.

He passed away while being treated.

He was an ex-member of the Shree Jagannath Temple Administration SJTA. And also the secretary of the Daitapati Niyog.