Odisha boy commits suicide after being humiliated for stealing Rs.30 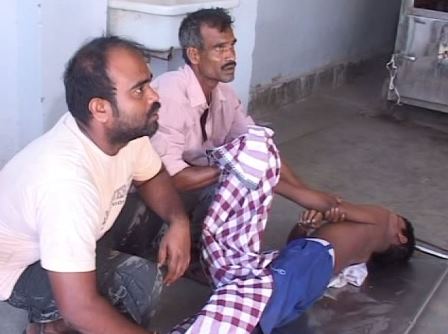 Berhampur: A ninth class student committed suicide after being humiliated by a man at Mahisarapur village under Khallikote police limits in Ganjam district on Friday.

Narayan Das, the student, committed suicide by consuming poison after a man identified as Trinath Bishoyee beat him up and humiliated him publicly for allegedly stealing Rs.30 and a mobile from his farm recently.

According to reports, the 14-eyar-old boy had gone to Bishoyee’s farm to buy saag two days ago. After finding that no one was around, he allegedly lifted Rs.30 and a mobile phone from the farm.

He reportedly dropped it after walking a few meters away.

“I sent my son to Trinath Bishoyee’s farm to buy saag for five rupees. He lifted Rs.30 and a mobile phone from the spot as he did not find anyone there. Then he dropped the money and the mobile phone a few meters away. Later, when my son was on his way to school, Bishoyee beat him black and blue in full public view though the people present there protested. When I rushed there after getting information, he started abusing me with hurling slang at me. He also beat me up with his sandal. He also forcibly handed over the mobile to my son and asked for Rs.5000 in its lieu. He threatened to kill him if he didn’t pay,” said Jhunu Das, the mother of the deceased boy.

Demanding capital punishment for Bishoyee, she further said that Bishoyee was so furious that he continued to beat Narayan despite protests from the locals and apology from her. This humiliation prompted the minor boy to take the extreme step, she said.

“I tendered an apology to him the next day. But he was so furious that he came to my house and humiliated me and my son again by calling us thieves and using slang. Unable to bear the humiliation and scared about the death threat, my son committed suicide by consuming poison soon after coming from the school in my absence. Trinath Bishoyee abated him to end his life. He should be hanged for my child’s death,” Jhunu alleged.

The kin of the deceased boy registered a case with the Khallikote police in this regard. Police has also assured them to take appropriate action after proper investigation.