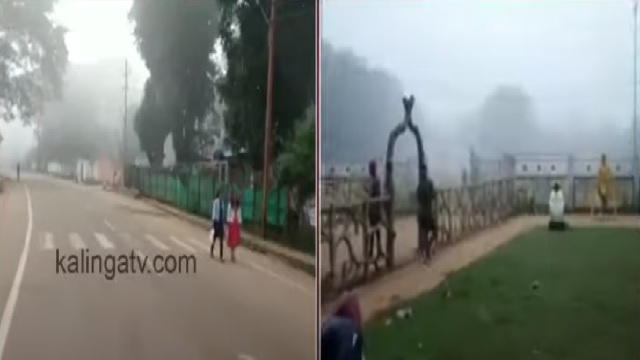 Bhubaneswar: The winter chill has started making its presence felt with the mercury showing a decline in the interior parts of Odisha. The temperatures have started to fall especially during the night.

Although the onset of monsoon season arrived during its normal time in Odisha this year, it started withdrawing very late. The weather will remain dry in the State till October 28, added reports.

However according to the Regional Meteorological Department (MeT), the winter chill is expected to be felt soon in Odisha.

Hence, tourists from around the world including bird expertsand bird lovers, arrive in Chilika to witness the beauty of the nature. On the other hand, the chirping sounds of birds have begun to heard from Mangalajodi Bird Sanctuary.

More than 62 species of birds have already arrived in Chilika including Peregrine Falcon, Grey Heron, Gadwall, Plinten, Billed Duck. The arrival of other species have been delayed due to the low pressure and cyclone in Arabian Sea. By the first week of November, Chilika is expected to be filled with all the species of birds.