Neither sad nor shocked as I never considered I was in party: Damodar Rout on his dismissal from BJD 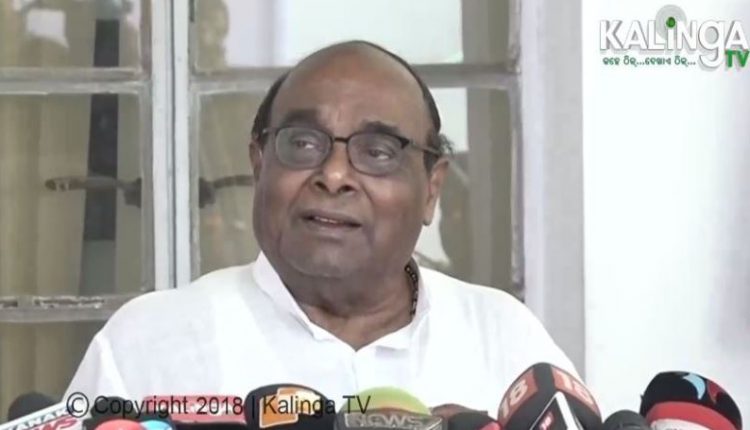 Bhubaneswar: Moments after he was suspended from the state ruling BJD, former Minister and senior party leader Damodar Rout on Wednesday said that neither he was sad nor shocked over his dismissal saying he never considered that he was in BJD.

Speaking to Kalinga TV, Rout, a 7-time MLA said, “Neither I am sad nor shocked as I never considered that I was in the party. Earlier they had removed me from the post of party’s vice-president, district observer and minister. I used to be, I am and I will continue to have a normal life.”

Odisha Chief Minister and BJD President Naveen Patnaik dismissed him from the party for his alleged anti-party activities today.

Several leaders and workers from Jagatsinghpur district had demanded his dismissal after meeting the BJD President.

The four-time minister is known as a confidant of former Chief Minister and Naveen’s father Biju Patnaik. He had become the MLA for the first time in 1977.

The doctor-turned-politician had been minister in the Naveen Patnaik Cabinet in all the four terms from 2000 till 2017.