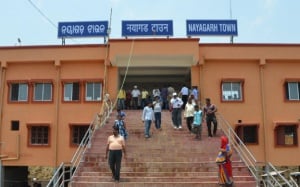 In a letter to Prabhu on Wednesday, the Chief Minister expressed his gratitude to him for commissioning the section from Bolagarh to Nayagarh town, and requested the Union Minister to introduce an express train each to Howarh and Visakhapatnam from Nayagarh Town Station.

In his letter, Patnaik also requested the Railway Minister to introduce an intercity train from Nayagrh Town to Visakhapatnam, which would help the people of Nayagarh, Kandhamal, Boudh and Ganjam Districts get access to the large coastal belt of the state as well as to the hubs of Howarh and Visakhapatnam

Currently, only two ordinary passenger trains are plying over the 65 km stretch from Khurda Road Station to Nayagarh Town Station.