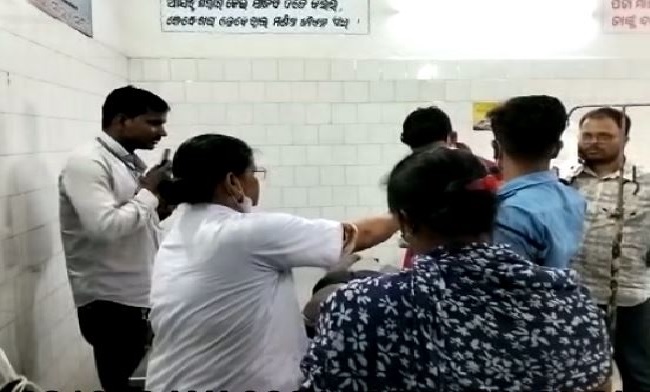 Soro: A man has sustained critical injuries after he was attacked by his brother-in-law over family feud in Pathaamba village under the Singakhunta Pachayat here in Balasore district.

According to reports, the victim Salu Singh was attacked with arrows by his brother-in-law Motu Singh. After the attack, the arrow has embedded into Salu’s backside.

The locals rushed Salu to the nearest Soro hospital for immediate treatment and then he was transferred to the Balasore for further treatment.

As per the villagers, Motu attacked Salu while he was in an intoxicated state. After the fight, the villagers apprehended the accused and tied him to an electric pole.

On being informed, the police reached the spot and arrested Motu and an investigation has been initiated. Further reports awaited.