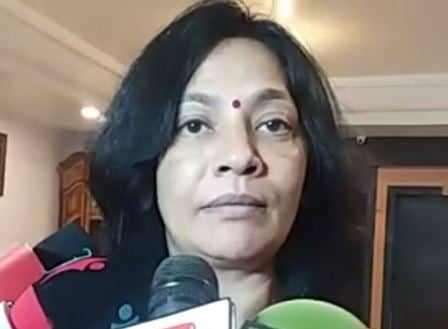 The SCW also sought a report from Koraput SP Kanwar Vishal Singh within a week in this connection.

Besides, a four-member team constituting two SCW members, one police DSP and a law officer has been sent for probe into the sensational crime.

“We’ve taken suo motu cognizance of the case. Our team has visited the spot and also we’ve sought report from the Koraput SP within a week,” said Odisha SCW chairperson Lopamudra Buxipatra while speaking to the reporters.

Buxipatra also informed that the health condition of the victim is the top priority, then action being taken to trace the culprits.

She also stated that basing on their probe report as well as the report from the Korpaut SP, the SCW will pursue follow-up action and ask the state government to do the needful for the further treatment of the girl if required, financial aid and above all stringent action to the perpetrators.

Taking serious note of the public outrage over the incident, Odisha police on Wednesday marked the heinous crime as a ‘Red Flag Case’ (a sensational case of crime against women which is dealt with top priority).

A ninth class student of Sorisapadar village under Potangi police limits in Koraput district was allegedly gang raped by four security personnel while returning from the Kunduli Haat (market) on Tuesday.