Kendrapada: Over 100 Fall Sick After Eating Food At Wedding Feast 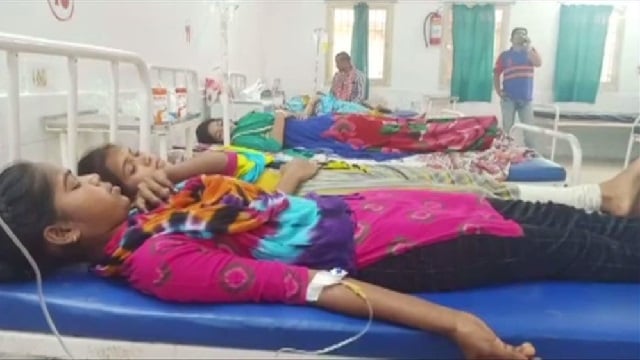 Kendrapada: More than 100 people fell sick on Sunday after consuming food served to them at a marriage feast in Matia village under Rajkanika Tehsil of Kendrapara district.

According to reports, Keradagarh villagers had gone to the bride’s house at Matia village where the marriage was solemnised yesterday.

The residents of Keradagarh were offered food by the bride’s family today. However, over 100 of them complained of uneasiness and vomiting soon after eating the food.

All of them were admitted to Pattamundai sub-divisional hospital for treatment. Later, two of them were shifted to SCB Medical College and Hospital in Cuttack as their condition deteriorated further.

While the exact reason behind their sickness is yet to be known, it is suspected that they were suffering from food poisoning.