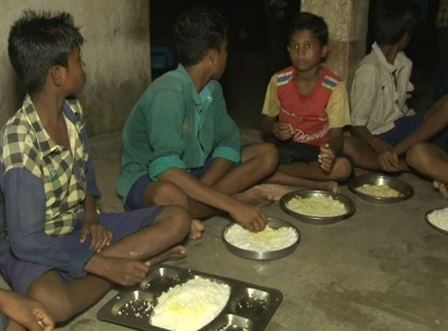 Malkangiri: Acting on the reports aired by Kalinga TV, Malkangiri district Collector on Saturday suspended the headmaster (HM) and matron of Sorishamal Sevashram School where only rice and salt were served to students in dinner.

Collector K Sudarshan Chakravarthy suspended the Head Master of the tribal residential school Sukant Behera and matron of the hostel Manju Biswas for serving poor quality of food to the students.

Fake encounter in Malkangiri! Locals block road to get…

Chakravarthy had ordered an inquiry into the matter by the District Welfare Officer (DWO) Pitambar Nayak.

Students and their parents had often pleaded the school authorities for better food, but their request went unheard.

The mater came to light only when the local sarpanch and parents reported the matter to district administration following which the DWO and other officials had conducted an on spot investigation and found the complaints to be genuine.