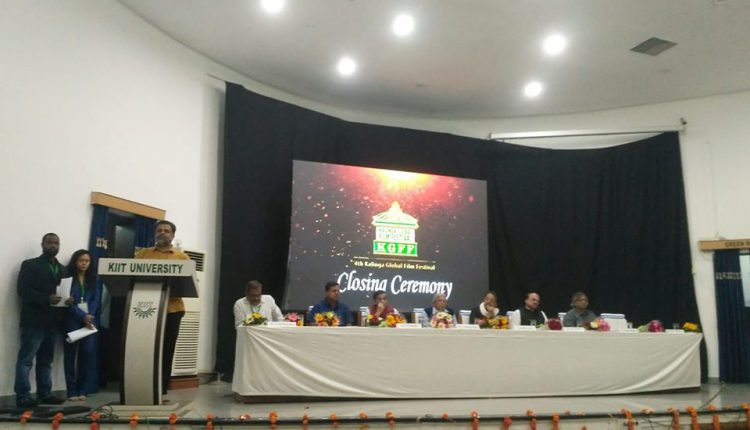 Bhubaneswar: Today is the last day of the 4th Kalinga Global Film Festival (KGFF) that started at KIIT campus here on January 18. Out of the films screened during the five-day-long festival the following films were awarded.

Special jury award has been conferred to Ashish Pandey for “Nooreh” while Jury Mention award has been presented to Prataaya Sarkar for “ Little Things”.

Several feature films, short films and documentaries from all over Asia and screening of more than 15 films in the Asian Window section were screened at the fourth edition KGFF, organised by KIIT School of Film and Media Sciences,.