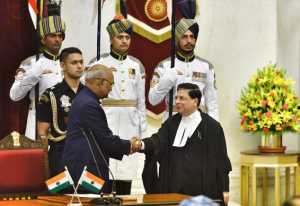 Justice Misra became the third person from Odisha to hold the highest post in Indian judiciary after former CJIs Justice Ranganath Mishra (25 September 1990 to 24 November 1991), who happens to be his uncle, and Justice Gopal Ballav Patnaik (8 November 2002 to 19 December 2002).

Justice Misra, who was elevated to the apex court bench on October 10, 2011, from the Delhi High Court, where he was the Chief Justice, has already presided over several key cases and verdicts.

Justice Misra will have a tenure of nearly 14 months as the Chief Justice of India as he is slated to retire on October 02, 2018.