Jajpur: Youth dials 112 before attempting to commit suicide along with girlfriend! Read to know what happened next

The body of the deceased girl, who has been identified as Saiswarupa Rout of Balichandrapur village, was found yesterday from the premises of a school. 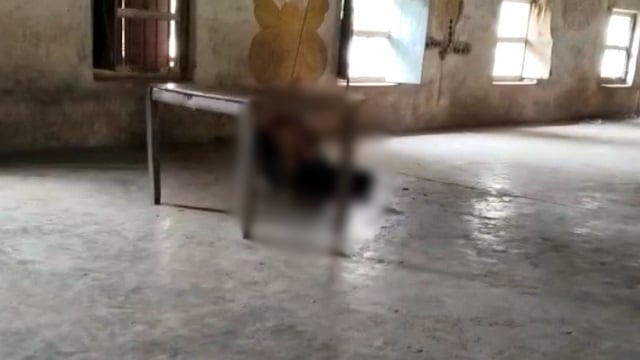 Jajpur: A youth reportedly dialed 112 seeking police help before attempting to commit suicide along with his girlfriend in Odisha’s Jaspur district yesterday. Unfortunately, his girlfriend allegedly died by suicide while he did not hag himself fearing death.

The body of the deceased girl, who has been identified as Saiswarupa Rout of Balichandrapur village, was found yesterday from the premises of a school.

While the exact reason behind Saiswarupa’s death is yet to be known, it is suspected that she took the extreme step over a love affair with the youth named Sagar Biswal, who was allegedly harassing her for the last two months.

Saiswarupa’s family members alleged that she fled the house along with some gold ornaments and cash yesterday morning. They searched for her at all possible locations in vain.

At around 4 PM, they received information about Saiswarupa’s alleged suicide on the premises of a local school. They rushed to the spot and identified her body.

Saiswarupa’s father filed a police complaint at the Balichandrapur Police Station alleging that she has been murdered.

However, in a new twist to the case, it is said that Sagar had called the police at around 3 AM and informed the cops about his relationship with Saiswarupa and both were attempting suicide as the family members were protesting their relationships.

Saiswarupa who hanged herself first died while Sagar did not hang himself fearing death.

A team of Balichandrapur reached the spot and detained Sagar to interrogate him over the matter.

Odisha: Assistant Engineer arrested for possessing DA of 126% higher than his known sources of income