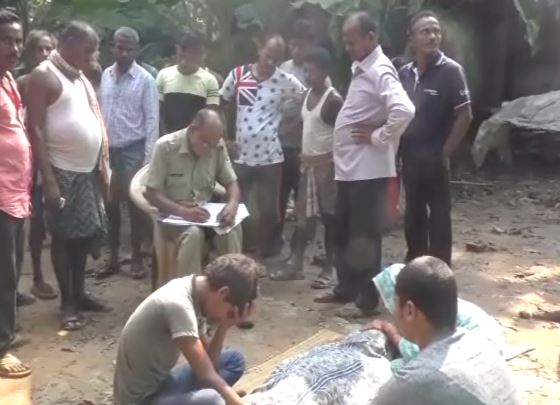 Jajpur: In yet another case of farmer suicide in Odisha, a sharecropper committed suicide over crop loss and inability to repay loan in Mangarajpur village under Dharmashala police limits in the district last night.

The deceased sharecropper has been identified as Gourang Bal, son of Jayram Bal of the same village.

As per the family of the deceased, he had borrowed loans from banks, microfinance companies as well as village money lenders to cultivate paddy in at least 5 acres of land this season. However, he suffered crop damage at a later state due to heavy rain and found him unable to repay the loan.

After remaining under immense mental stress due to the growing loan burden the deceased went out of his home late last night and hung him to death from a nearby tree. His body was found by his family members this morning.

Dharmashala Police reached the spot later in the morning and seized the body for autopsy.

Local tehsildar and sub-registrar have also reached the spot to examine the cause of the death of the farmer.

Also Read: Farmer kills self over crop loss due to animal incursion in Sambalpur