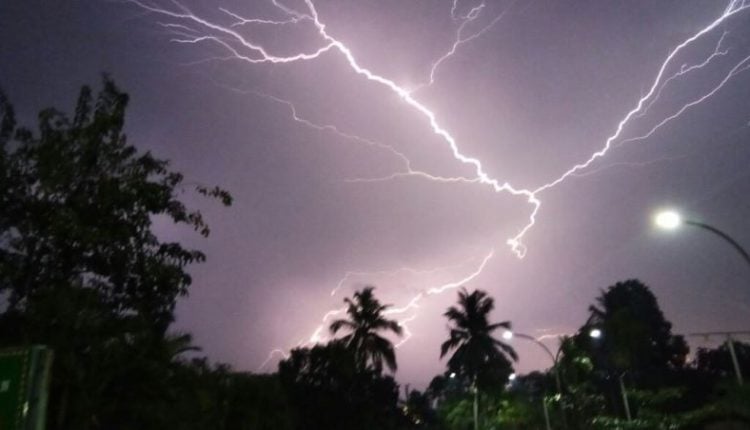 Bhubaneswar: The IMD Regional Centre here has issued thunderstorm and lightning alert for at least 15 districts of Odisha till 11.45 am today.

“Latest Doppler weather radar and satellite imageries indicate that moderate to severe thunderstorm accompanied with lightning, intense rainfall and strong surface wind very likely to occur at a few places over the districts of Khurdha (Including Bhubaneswar), Cuttack, Mayurbhanj, Balasore, Keonjhar, Dhenkanal, Angul, Sambalpur, Jajpur, Bhadrak, Jagatsinghpur, Kendrapada, Kandhamal, Sundargarh and Deogarh between 7.45 am to 11.45 am,” said the latest Nowcast issued by the Meteorologica Department this moring.

People in these districts have been cautioned against venturing out of their homes during the alerted period by the Weatherman and have been advised to take shelter at safe places to avoid any kind of eventuality.

Similarly, the IMD has also predicated heavy rain in a number of districts of Odisha in next 24 hours triggering a flood panic as several rivers in the state are already in spate.

3 of family critical in wall collapse due to heavy rain