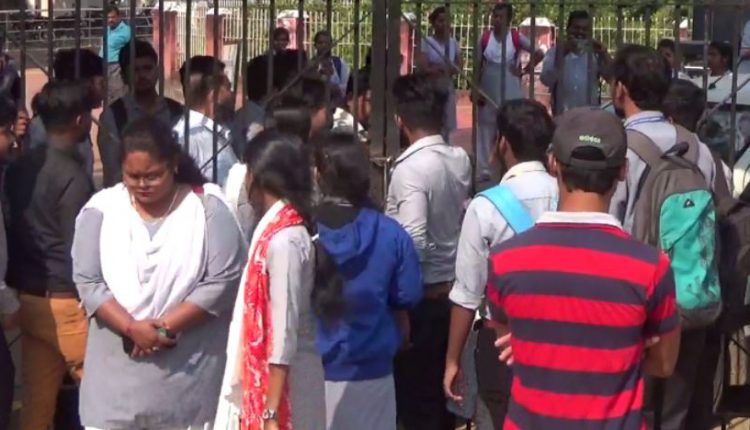 Baripada: Tension erupted at Maharaja Purna Chandra (MPC) Autonomous College in the town after a PG girl student alleged sexual harassment by an HOD of the institute.

The agitating students locked up the main gate of the college alleging inaction by the authorities.

The victim alleged that the incident took place on Friday. “He called me to his chamber and touched me inappropriately. He also tried to touch my private part,” alleged the student.