Berhampur : Controversy sparked off as a photo of 10 ft long ganja tree in the heart of this city in Odisha went viral on social media.

The ganja tree was found near the trekker stand in the old bus stand area in the silk city. The tree was said to be two year old.

Ironically, the tree was grown with a round shape iron barricade meant for tree plantation programme under the Berhampur Devlopment Authority.

The Excise department in the city also invited criticisms from the netizens soon after the photo of the controversial tree went viral on social media. 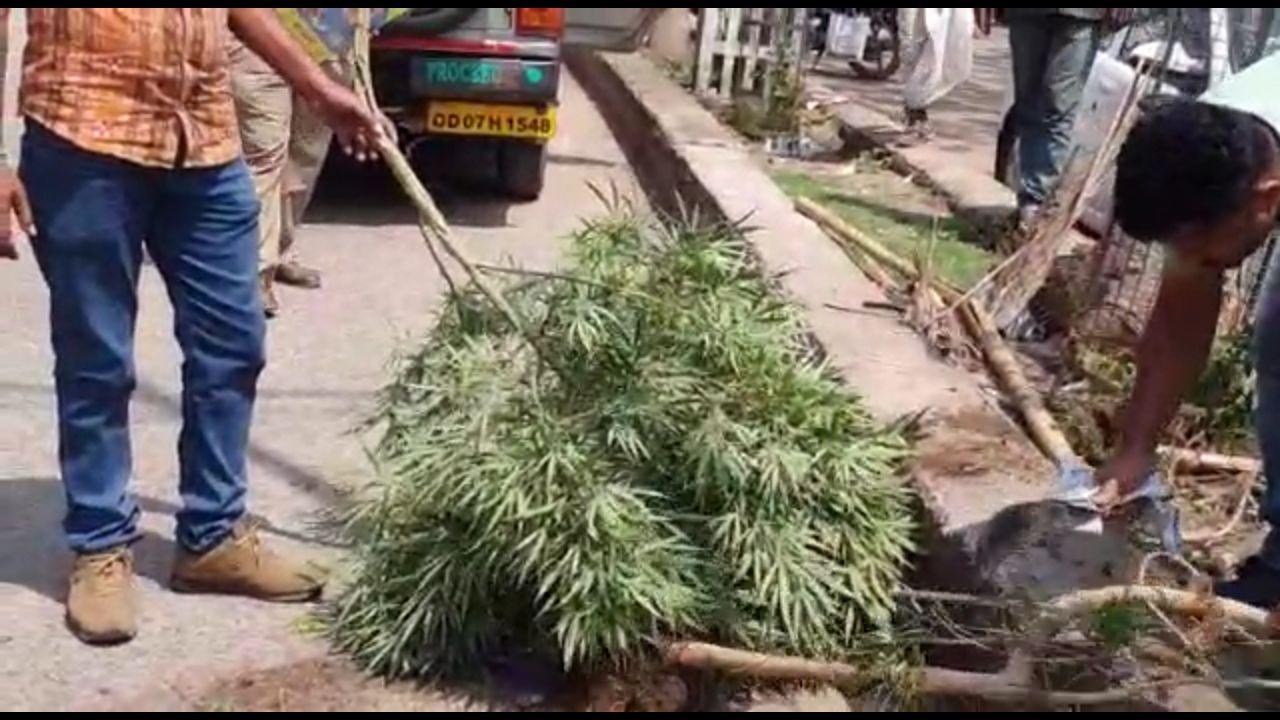 However, question still remains who had planted the ganja tree in the middle of the city or the tree was grown naturally.

Sources said, ganja cultivation and drug mafias have largely concentrated in  Malkangiri, Rayagada, Gajapati and Kandhamal districts in the state.

Sanitary pad manufacturers to provide disposal bags from next January