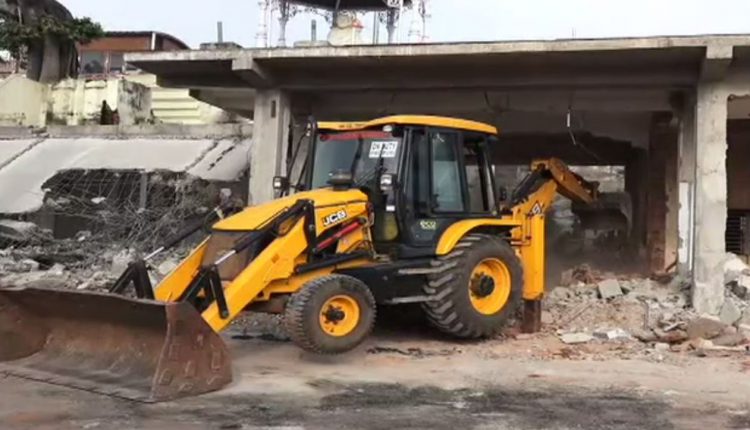 The eviction drive beside the ‘Meghanada Pacheri’ (boundary wall of Srimandir) has started on Monday in presence of the District Collector and police.

As per reports structures including shoe-stands, shops, toilets, a police outpost and government information centre was pulled down on the second day of the eviction drive. However, a statue of Utkalmani Gopabandhu Das will be shifted today.

Earlier the state government has decided to remove all structures within 75 metres of the Jagannath Temple as per the recommendations of the Justice BP Das Commission of Inquiry. The first interim report related to the safety and improvement of the temple in the first phase has laid emphasis on the removal of structures for the safety of the temple and convenience of the devotees.