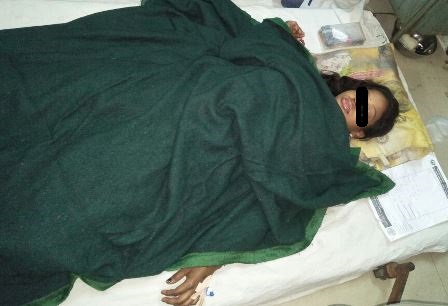 Jharsuguda: A man stabbed his girlfriend over a petty issue after eloping with her at Jharsuguda railway station on Tuesday night.

One Dilip Das of Janjgir-Champa district in Chhattisgarh ran away with his girlfriend Kuni (name changed) yesterday. They got down at Jharsuguda railway station in Odisha where a word of exchange ensued between them over some reasons. Getting angry over the argument, Das slit the neck of Kuni with a sharp weapon and fled the spot.

Being alerted by the screaming of the young girl, some passerby rushed to the spot and informed the Railway Police. The girl, who was found in a pool of blood, was rescued and admitted to the District Headquarters Hospital.