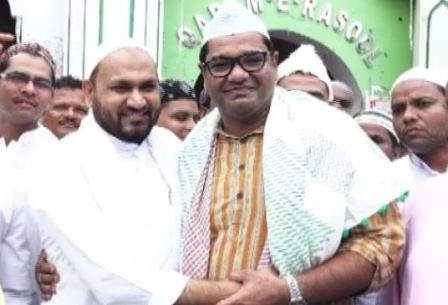 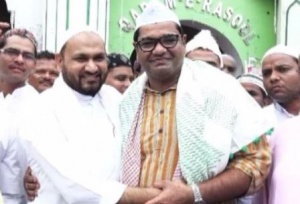 Cuttack: Politically, they may have differences in every matter. But BJD MLA (Barabati) Debasish Samantaray, who is a Hindu, and President of Cuttack (City) Congress Mohammed Moquim, who is a Muslim, came together on Monday to celebrate Eid-ul-Fitr in Cuttack, which is known as the City of brotherhood in Odisha.

In a gesture that symbolised the brotherhood between communities, the two political rivals hugged each other.

“Both of us celebrated the Ratha Jatra together yesterday and we are now celebrating the Eid-ul-Fitr with great delight. Cuttack is the city of brotherhood and I salute every individual, irrespective of religion, for keeping the spirit of brotherhood in the city alive for generations,” said Samantaray.

Moquim also urged the people of the city and the state to keep the spirit of brotherhood above religion.

“There is no religion and party in Cuttack. Except at the time of election, we stay together sharing our joys with and caring for each other irrespective of our religion. This tradition was followed by our forefathers and we will pass the same on to the future generation. Brotherhood must be kept above religion,” said the Congress leader.