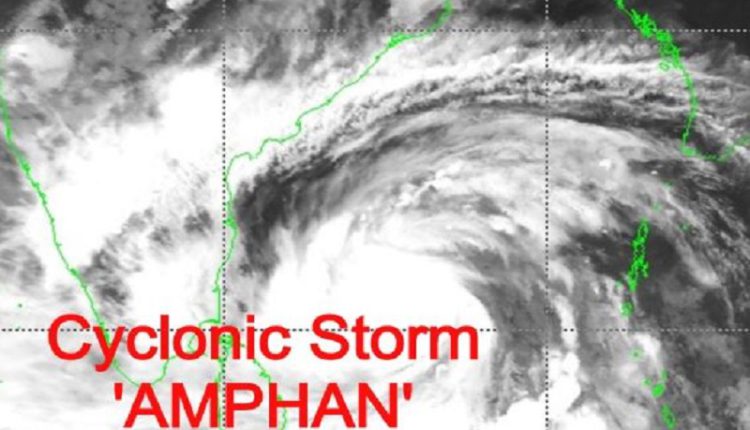 The weather department said that the cyclonic storm is likely to turn into ‘Very Severe’ in the next 12 hours, said the Meteorological Department in its latest bulletin.

On the other hand, Odisha is all set to face the possible cyclone. It has alerted 12 coastal districts and the district administrations have been asked to be prepared for any eventuality of change in track of the cyclone.

SN Pradhan, DG NDRF said that 10 teams have been sent to 7 districts of the State and more than 10 teams are on standby.

“We are monitoring the situation and working in coordination with all the agencies,” he said.

Advising the fishermen Bhubaneswar Meteorological Centre Director H.R. Biswas, said, “Fishermen advised not to venture into sea and return to coast till night. From tomorrow no fishermen will be allowed to venture into the seas as heavy rainfall likely to occur after 24 hours in some parts of the state.”

“Most of the coastal districts of Odisha also likely to experience rainfall with few places likely to see heavy to very heavy rain on May 19,” he added.

Gautam Gambhir hits back at Afridi over Kashmir remark