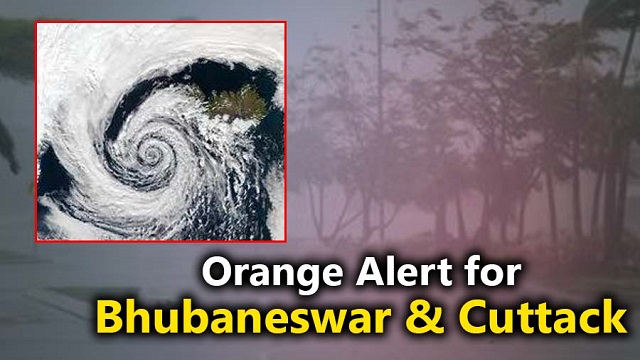 Bhubaneswar: The India Meteorological Department (IMD) has issued an orange alert for Twin Cities that is Bhubaneswar and Cuttack due to the impending Cyclone Jawad.

Heavy and heavy rainfall very likely to occur in some parts of Bhubaneswar and Cuttack city area with gusty surface wind speed reaching 60-70 kmph, it said.

There will be water logging in low-lying areas and closure of underpasses. Due to intense spells of rain, there will be reduction in the visibility. There will be disruption of traffic due to water-logging in the roads and branches of the tree will break due to the heavy to heavy rainfall.

The people have been advised to check for traffic congestion on the route they are travelling. They should follow traffic advisories that have been issued. People also should avoid going to the areas where water-logging often takes place.