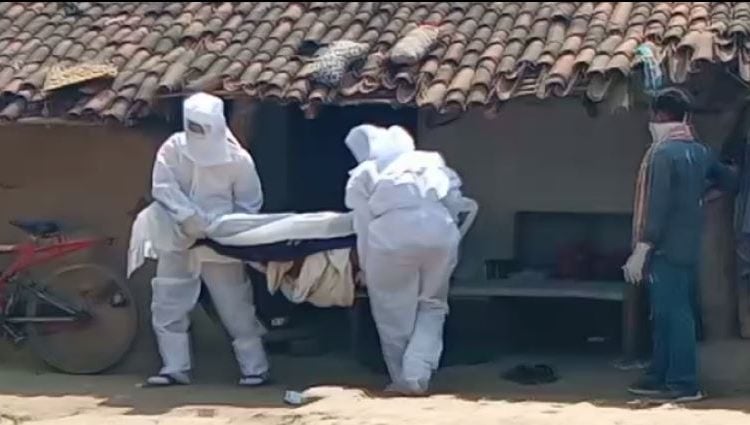 Padampur: Body of a man was left unattended for around 14-hours in Jamutabahal village of Ghaisilot block in Padampur town in fear of Covid-19 contamination

The deceased has been identified as Vinod Thakur, a native of Jamutabahal village.

Recently, Vinod had returned from Tamil-Nadu five days ago and he had fever . After his health condition deteriorated, the villagers called for an ambulance. For some reason,the ambulance left him in his house in a critical condition instead of taking him to the hospital. Later he succumbed at around 7 PM yesterday.

Odisha: Padampur records 8.5 % polling by 9am

His last rites remain unattended for hours as his relatives feared that Coronavirus might be the reason behind his death.

Though the reason of death is yet to be ascertained.

Later, on being informed the Kendubhata Debatta Club of Ghaisilot block reached along with Ghaisilot BDO Niranjan Sa and Tahasildar Pushpak Pradhan and conducted his last rites.

Last year, a woman body was lying unattended for hours in Ganjam district in fear of Covid-19 contamination.