Carcass of baby elephant swept away by river water in Deogarh 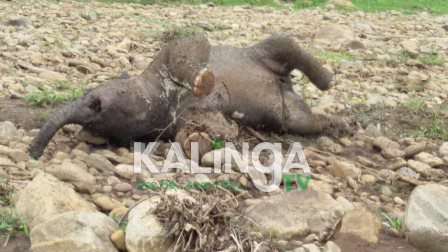 Deogarh: Flood, followed by heavy rains, has not only left the human beings in a desperate condition; animals, both domestic and wild, have also borne the brunt of nature’s fury, some of them dying in the process.

Reports of a baby elephant being swept away to death by a river in Deogarh district has saddened the animal lovers of the state. The carcass of the baby elephant was found in Tileibani block of the district this morning.

“I was deeply anguished after I found the carcass of the baby elephant lying there,” said an animal lover of the area.

Sources said though the exact reason behind the death of the pachyderm is yet to be known, the body of the baby jumbo was spotted there after being swept away by the river water.