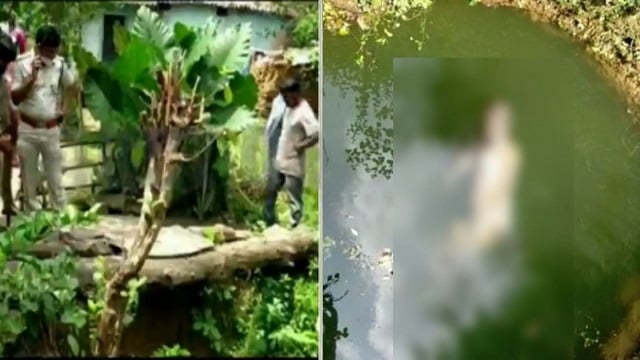 Jharsuguda: In a recent development in the triple death case that occurred at Phatak Pada in Ganganagar under Brajarajnagar police limits of Jharsuguda district, the dead body of the deceased woman’s husband has been recovered from a well near the house this morning.

He has been identified as Narayan Podar. The locals identified his body to be the deceased woman’s huband.

Earlier on Wednesday, a woman and her two minor daughters were found dead under mysterious circumstances inside their house. The woman is said to be around 28 years old, whereas the two daughters are aged 5 and 3 respectively.

It was being suspected that the husband has killed his wife and daughters and fled away from the spot. The cops had launched a manhunt to trace Narayan until his floating body was found in the well.

Till the last reports came in, cops have detained the deceased woman’s brother-in-law for questioning and initiated a further probe into the matter.