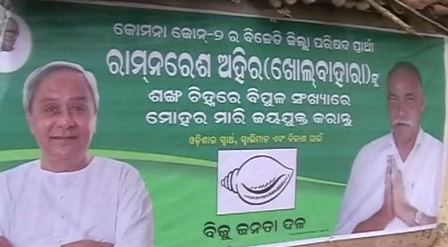 While Ahir got 14,790 votes, Congress candidate Bhaktaram Sabar received 7031 votes. With 4483 votes in her favour, BJP candidate Phuleswar Bhoi was at the third place in the vote count.

The BJD candidate and his son Sushil were injured after supporters of BJD and BJP candidates clashed at Kurumpuri Chowk on NH-353 under Lakhna police limits late on Friday night.

The election could not be held earlier as the High Court had put it on hold over a petition demanding carvinf out of a separate gram panchayat.