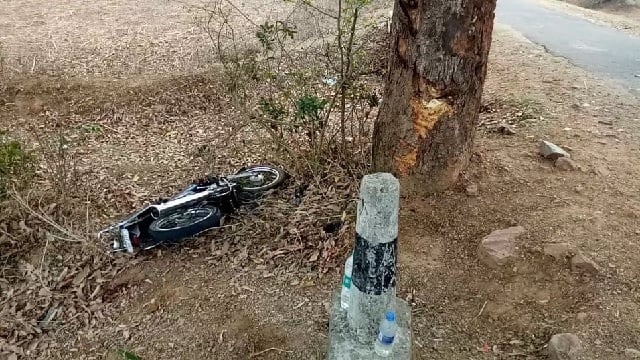 Mohana: In a tragic indent a biker was killed after his vehicle hit a roadside tree at Sialilati village under R.Udayagiri police limits in Odisha’s Gajapati district on Friday.

The road mishap occurred when Saroj Mahakud was returning to Chandragiri after completing work at Kuanpada village. However, he lost control over the wheels of the vehicle and hit the roadside tree.

While Saroj died on the spot two other pillion riders, of Rout Sahi in Chandragiri, also sustained critical injuries following the road mishap.

The injured have been identified as Saroj’s younger brother Mantu and cousin brother Sania Gauda.

Initially, they were admitted at Chandragiri hospital for treatment. Later, they were shifted to MKCG Medical College and Hospital in Berhampur as their condition deteriorated further.

A team of R.Udayagiri police has initiated an investigation into the matter.

These Models Of Toyota Get A Price Hike In India, Know Details Here