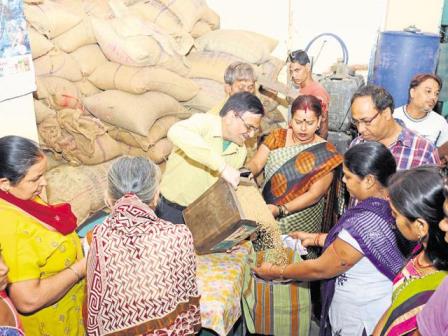 77% in Odisha beneficiaries of Re 1/kg rice scheme!

Bhubaneswar: As many as 77 percent of the people of Odisha are beneficiaries of the Re 1 per kg rice scheme of the state government, Food Supplies and Consumer Welfare Minister Surjya Narayan Patro informed the state Assembly while replying to a question by Rourkela MLA Dilip Ray on Wednesday.

According to the information given by the Minister informed the House that the Central government provides rice at Rs 3 per kg and wheat at Rs 2 per kg under the National Food Security Yojana (NFSY) while the Odisha government provides the food materials only at Re 1 per kg.

The Minister further said that 6, 80,853 ration cards, which provided the benefits of the Re 1 per kg rice scheme to 24, 60,495 people, have been cancelled in the state till date.